Who are the sons of God?

Life on earth is a continuously unfolding reality. The source of this continuously unfolding reality is God, and it is God who writes the master script of reality. That is, the whole of reality emanates from God as God wills it to. This master script of reality—or what we call history—is at this very moment in time approaching the completion of God's secret plan as spoken of in the Book of Revelation in REV 10:7, when the mystery of God as declared to the Hebrew prophets shall be completed. The mystery of God will be completed at the conclusion of the second of the three WOES that will be inflicted upon all mankind as spoken of here in the Book of Revelation:

And I beheld, and heard an angel flying through the midst of heaven, saying with a loud voice, Woe, woe, woe, to the inhabiters of the earth by reason of the other voices of the trumpet of the three angels, which are yet to sound!

These three WOES make up what is commonly known in the Bible as the great tribulation period, or the "end times", or the day of the LORD, which is a day of vengeance. There are 7 trumpets in the Book of Revelation. Trumpets 5, 6, and 7 are the three WOES that will be inflicted upon mankind in the end times.

Trumpet 5 is the first WOE, when Abaddon (or the Destroyer) and the army of the LORD torment mankind for 5 months. Those on the receiving end of the stings from the locusts that will come down out of the smoke that will arise from the bottomless pit in the first WOE will be in unbearable agony, so much so that they will seek to kill themselves. But lo and behold, death will flee from them, for God will not allow them to die. They shall be made to suffer greatly, intensely and immensely, for the 5 months or 150 days of the first WOE.

Trumpet 6 is the second WOE, which consists of the 1260 day sackcloth ministry of the two witnesses of REV 11, which coincides with or occurs simultaneously with, the 1260 days, or 3 ½ years, or 42 months, of the one commonly called the Antichrist, or Mr. 666. The second WOE concludes with the death and resurrection of the two olive trees who stand before the LORD in ZECH 4, the two witnesses of REV 11 who, in their 1260 day sackcloth ministry, will torment the nations of the earth so much so that the peoples of the earth will celebrate their death, the death of these two who are one in the original Greek text of REV 11:8. It is the three and a half years of the second WOE that will complete the mystery of God spoken of in REV 10:7. This is the same three and half years until the end of the wonders spoken of in DAN 12:6-7 of the Masoretic text, which speaks to the power of the holy people finally being broken and the completion of Daniel's prophecies. This is the end of the matter spoken to Daniel when Daniel’s little horn, the Antichrist, has his dominion stripped away and the saints of God are given the kingdom and dominion. All the greatness under heaven shall be given to the man child of REV 12:5 (the chosen one of DAN 7:14) and the saints of God, the sons of God this discourse speaks of, and they will be royalty on the earth forever more (DAN 7:25-28, REV 22:5)! Hallelujah!

Shortly after the second WOE, the 7th trumpet will herald the third WOE. The 7th trumpet, or third WOE, is the exclamation point at the very end of the age when everyone on earth will witness the Second Coming of the Lord Jesus Christ. In a more than awesome burst of power and glory, Christ will come riding on the clouds and every eye shall see. When this climactic and cataclysmic event occurs, when the King of kings and Lord of lords comes riding upon the clouds to set up His kingdom, Jesus will consume the Antichrist with the spirit of His mouth and destroy him with the brightness of His coming and Jesus will raise up from their graves those who have already died believing in Him. And those of God's people who are living on the earth at that time—who will come from this very generation of peoples on earth—will never see death. They will be changed in an instant—in the twinkling of an eye—from their mortal bodies into their immortal bodies. That which is mortal will be changed into that which is immortal. That which can die will be changed into that which cannot die. This blessed group of people—the ones who can defeat death—are the sons of God.

Seek Jesus and you will find Him. Seek Him not and survive not—the choice is up to you!

The sons of God have a wall of fire around them

“For I, saith the Lord, will be unto her a wall of fire round about, and will be the glory in the midst of her.”

The sons of God take the kingdom of God by force

“Behold, I give unto you power to tread on serpents and scorpions, and over all the power of the enemy: and nothing shall by any means hurt you.”

“Keep me as the apple of the eye, hide me under the shadow of thy wings”

TIP: turn on c/c (closed-captioning) for the words

The four faces of the sons of God

Select a WOE if you dare 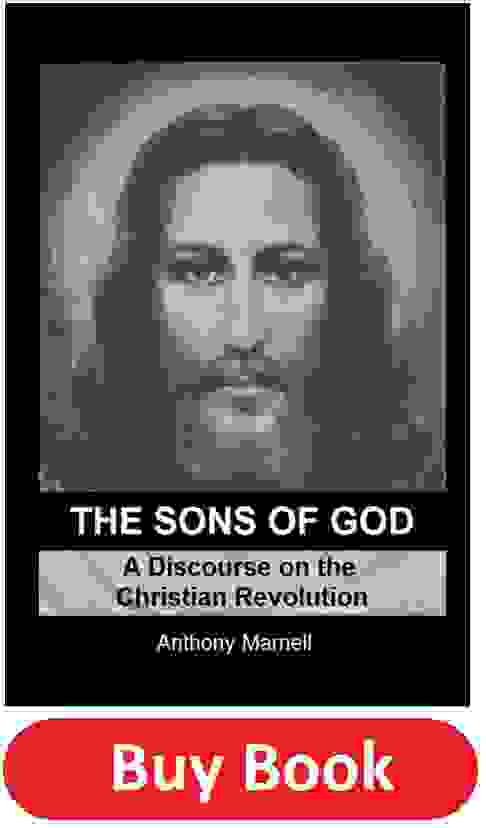 This is THE END

Copyright © 2019 The Sons of God: A Discourse on the Christian Revolution - All Rights Reserved.